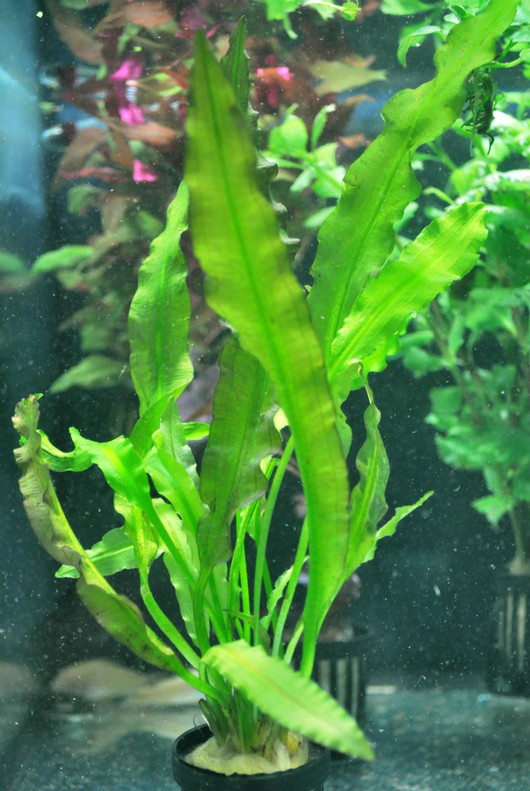 Aponogeton undulatus is found in still and slowly flowing, shallow waters, with nutrient rich soils containing high iron content in several southeast Asian countries. Unlike the other species in the genus, it is viviparous, meaning it produces entire young plantlets on stalks, similar to the way many Echinodorus species reproduce. These plantlets can be removed from the parent plant and set out on their own in the aquarium when they are large enough. Otherwise, the plant is not too different in looks from many other Aponogeton. It has the typical tuber-like rhizome and long dark-green leaves with a ruffled edge. A. undulatus have a dormant period therefore they have to be removed from the aquarium for part of the year.