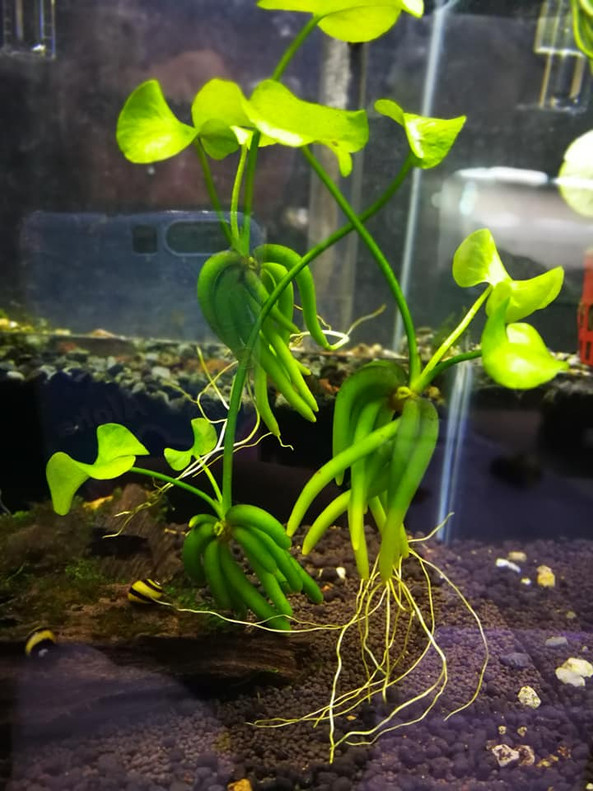 Circular leaves attached to swollen tubes that resemble a bunch of bananas. They can also go by the name Banana Lily or Big Floating Heart. The perfect plant for aquarists of any level as it is an easy plant to grow and maintain. They do well in various water conditions and the leaves can get very large and colorful over time.
×