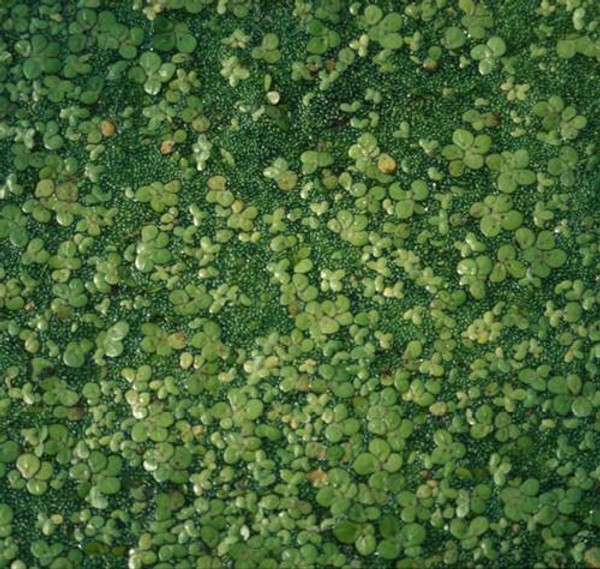 Duckweed is a very small light green free-floating, seed bearing plant. Duckweed has 1 to 3 leaves, or fronds, of 1/16 to 1/8 inch in length. A single root (or root-hair) protrudes from each frond. Duckweeds tend to grow in dense colonies in quiet water, undisturbed by wave action. Often more than one species of duckweed will be associated together in these colonies. Duckweeds can be aggressive invaders of ponds and are often found mixed in with mosquito fern or watermeal. If colonies cover the surface of the water, then oxygen depletions and fish kills can occur. These plants should be controlled before they cover the entire surface of the pond.

Duckweed colonies provide Habitat for micro invertebrates but if duckweed completely covers the surface of a pond for an extended period it will cause oxygen depletions. These colonies will also eliminate submerged plants by blocking sunlight penetration. Many kinds of ducks consume duckweed and often transport it to other bodies of water.