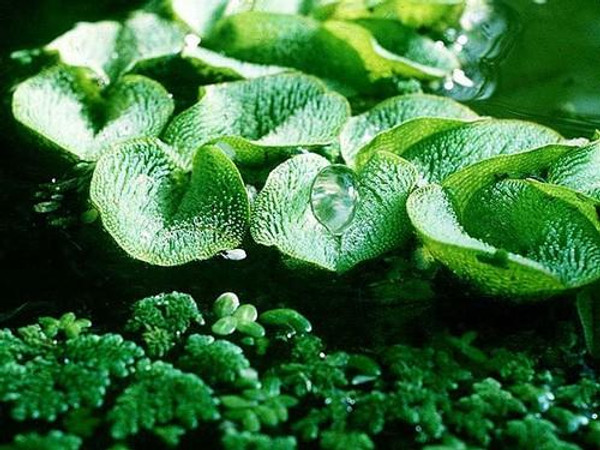 Salvinia plants are floating ferns native to tropical America. There are 10 species of Salvinia in the world, none of which are native to the United States. This species is about 3/4 inch in width. It commonly occurs in freshwater ponds and swamps from the peninsula to the central panhandle of Florida (Wunderlin, 2003).

Spores: In a nutlike sporocarp (a multicellular structure), trailing beneath.

Water Hyacinth (Eichhornia Crassipes) (Sold 3 per order) can not ship to AL,AR,AZ,CA,FL,LA,PR,MS,NE,SC,TX,WI